Just when we might have hoped for a breather after conquering the mountain that is five-minute settlement in the NEM for Friday 1st October, 2021, we have the wholesale demand response mechanism going live on Sunday 24th of that same month.

we noted a feature of the upcoming EMMS technical specification that we think will impact some users of NEM data, if left unmanaged. 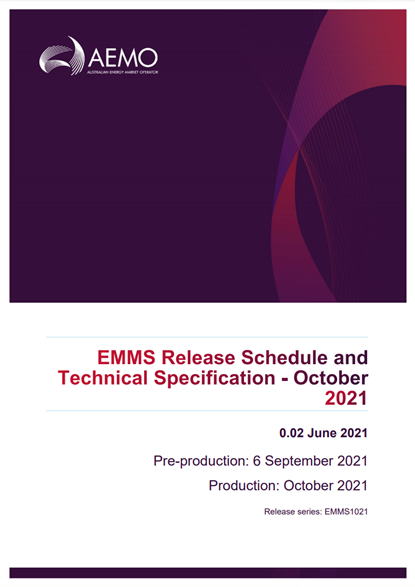 The release of the EMMS Technical Specification and how it fits in to the remaining timeline to go-live (as it relates to the EMMS) is summarised as follows.

And so, it was recently during Global-Roam’s own preparations for the WDR mechanism that we noted a feature of the upcoming EMMS technical specification that we think will impact some users of NEM data, if left unmanaged.

When a load isn’t a load

The feature we think drives some risk relates to how WDR Units (WDRUs) are identified in the EMMS data model. It is important because offered WDRU energy volumes have opposite meaning to scheduled load energy volumes, so they need to be distinguishable when assessing bids. Aggregating bids or even just understanding whether they represent supply contributions or consumption increases will not be possible without an other source of information.

Figure 2, below, uses the traditional supply-demand relationship graph to demonstrate how offered WDRU energy volumes have opposite meaning to scheduled load energy volumes. Scheduled loads act on the demand side and consume when the price goes below their asking price. Conversely, wholesale demand response units (and generators) act on the supply-side to increase supply when the price goes above their asking price. 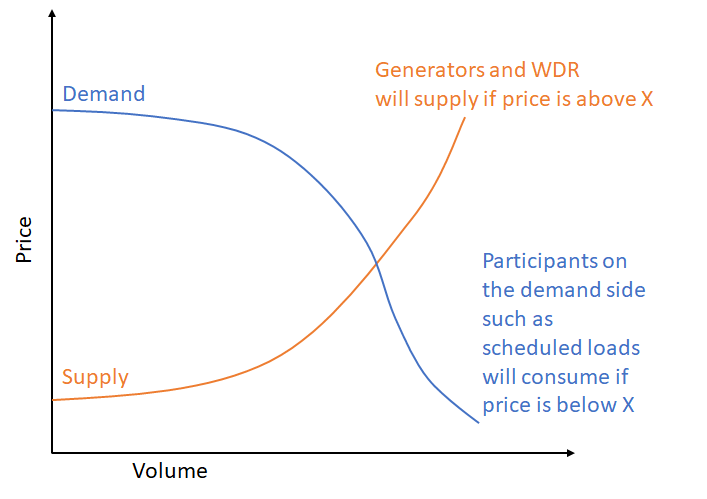 Traditionally a dispatchable unit’s DISPATCHTYPE in the market data model has delivered the ability to distinguish the role the unit plays in dispatch with the types “GENERATOR” and “LOAD”. In the energy market, loads have traditionally been consumers of energy. The addition of WDRUs assigned to also be ‘LOAD” type (yet act as supply-side contributors) has meant something further needs to be added.

That something further, as per the October 2021 EMMS technical specification, takes the form of an additional column “DISPATCHSUBTYPE” and thereby lets WDRUs assume the DISPATCHTYPE of “LOAD” and the DISPATCHSUBTYPE of “WDR”.

Great! Problem solved: We use the DISPATCHSUBTYPE to distinguish WDRUs from scheduled loads.

But not so fast. We can only use the DISPATCHSUBTYPE column it exists – if we have upgraded our EMMS data models to the new version. If absent, we can only expect to see a mixture of WDRUs and scheduled loads represented as LOAD type.

Figure 3 shows a mocked-up example of what could go wrong in ez2view’s Bids & Offers widget using dummy data for WDRU bids. The example considers what could happen when the dispatch subtype is not available. In the figure we highlight three aspects for consideration: 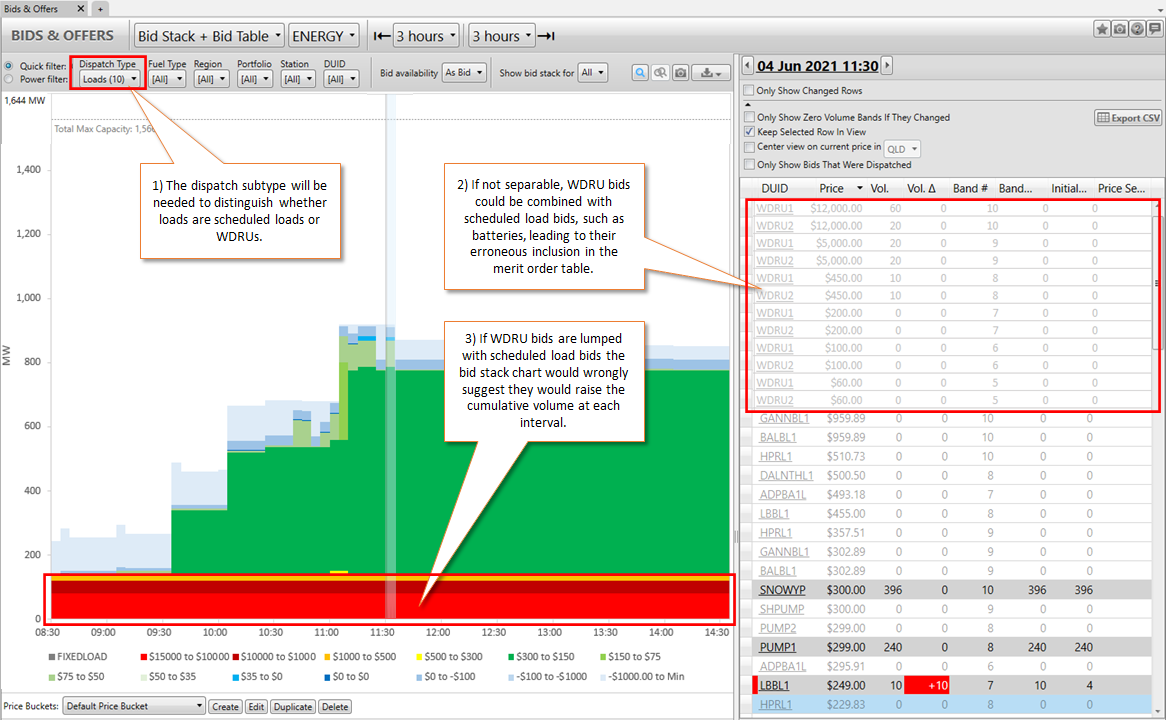 Figure 3. What could go wrong in ez2view’s Bids & Offers widget when dispatch subtype is not available

So, if some data model users aren’t in a position to upgrade their EMMS in October – after it enters production yet before the go-live date – key information needed to distinguish scheduled loads from WDRUs will be missing!

It’s our understanding that the data model and technical specification is now fixed in this regard for October 2021 and the current foreseeable future. Nevertheless, we will keep an eye out for any updates, should they arise.

Reach out to us if you are a client of ours and would like to understand more!

One of the many data sets being crunched as part of our analytical efforts underpinning the development of ‘GenInsights21’ is system frequency. In this short article today, we share some initial observations on how it has been changing.

Cranking the handle, to produce the Generator Statistical Digest 2020

In the same week that the Energy Security Board publishes it’s ‘The Health of the NEM’ reports, looking from a top-down systems perspective, we crank the handle to produce the ‘Generator Statistical Digest 2020’ as a bottom-up 10-year review of the performance of all Scheduled, Semi-Scheduled and some Non-Scheduled generators and scheduled loads across the NEM that operated through some part of 2020.

Do you know of people who can help us?

Readers at WattClarity might recall that we have asked the question above a couple of times in recent weeks – and a big thanks to those who responded already! We’re blessed with opportunities at present (have been for a while,…