SMS alerts triggered from our ez2view application (also available in NEMwatch) distracted me from whatever I was doing beforehand: 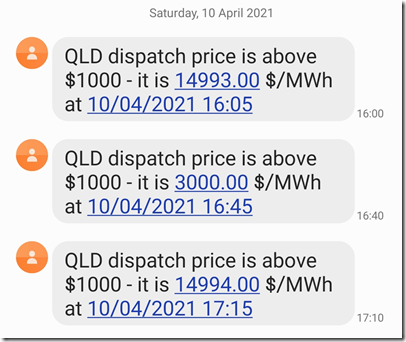 Here’s what the second price spike looked like, captured at 16:45 one of our NEMwatch v10 dashboards: 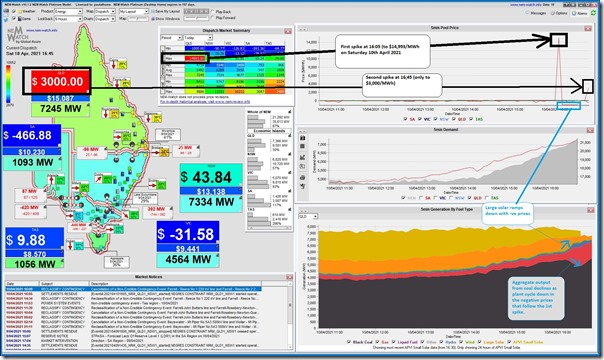 Because of when this was captured, it misses the third (later) spike.  Some quick initial notes:

Here’s a window from ez2view Time-Travelled back to the first dispatch price spike (at 16:05) with two different copies of the ‘Forecast Convergence’ widget shown on the screen together: 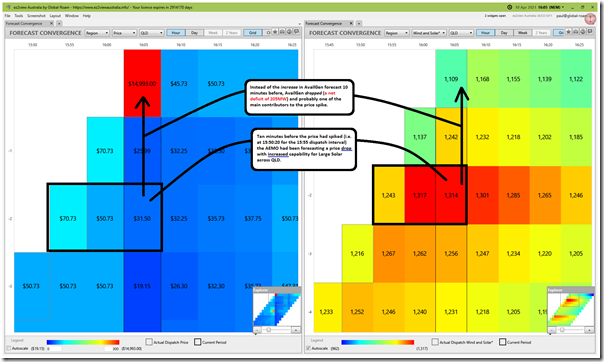 As shown there was a net deficit between expected contribution from Wind and Large Solar in QLD of 205MW, which we’re surmising is one of the main reasons for the first price spike.

The second spike (captured in the NEMwatch snapshot above) was not to such a high level: 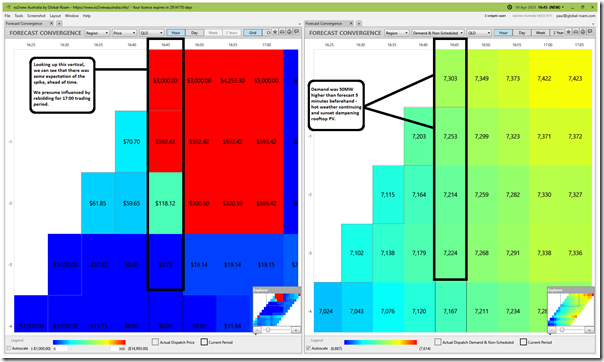 Again, the ‘Forecast Convergence’ widget in ez2view is quite useful for illustrating some salient points.

2)  What triggered the price higher was probably a couple of factors, but the 50MW higher-than-forecast jump in ‘Demand and Non-Scheduled Generation’ (a proxy for ‘Operational Demand’ published on a 5-minute basis and with forecasts) would certainly have been one factor (which we presume was due in part to the tricky challenge of forecasting the precise decline in rooftop PV coincident with continuing high temperatures for an April day).

This third spike is very similar to the first spike: 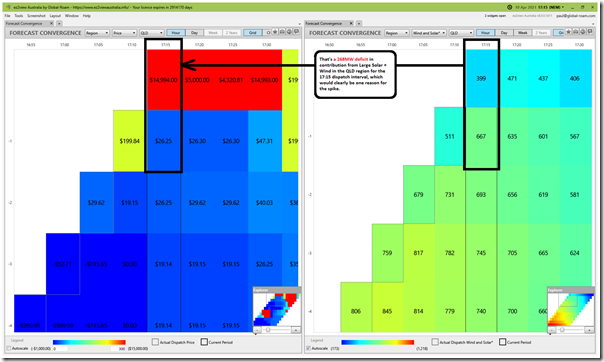 Again (easily with the ‘Forecast Convergence’ widgets side-by-side in ez2view), we see a significantly faster-than-forecast decline in contribution from Large Solar was one of the factors!

These spikes reminded me I had intended to use the additional advantage of the Private Data to have more of a look at what happened a similar price spike in the QLD region yesterday (Friday 9th April 2021 at 14:35 when the price spiked to $14,995/MWh).

Prices plunge in QLD – because of solar?

Demand plunges in Queensland during the day – dragging prices down with it.