If you are reading a paper on how to operate a grid in periods of low wind and solar, it probably means the current crisis has passed for now, or you may need a new hobby…

You might have heard the term wind drought or renewables drought used a bit recently, as there was a period in the last few months were both wind and solar outputs were well below average. Despite the current authors having used that term a bit, we would like to introduce a slightly nuanced term, low wind and solar seasons. You see, we have modelled a few renewable droughts in the NEM, and yes, you need a lot of storage to get through this (and it’s good to see some other folks are now catching up with our earlier work on large storage on the NEM – YES, you need a LOT of Snowy’s…). Our classic renewable drought runs for two weeks in the middle of May 2010 – however, we have found recently it is not just the single event that NEM needs to get through. It is actually ‘seasons’ of low wind and solar periods that are the most taxing on the system.

These periods of low wind or wind droughts have seemingly occurred for as long as wind has been measured and recorded (note the term Doldrums for you sailor types). Sometimes these droughts affect small areas of the NEM and sometimes they can cover multiple states. These droughts have lasted for a day or two, or sometimes even longer than a week. But more importantly – these ‘events’ or ‘droughts’ are often embedded within a longer season of low renewable output.

What does that mean for the NEM? As we move towards a system more dependent on wind and solar, what level and type of storage will be required? What other grid services are also required to ensure grid reliability and security? Noting, that the answer to this question should seek to ensure that the lowest system cost is achieved (or close to it at least) to minimise consumers’ bills and taxpayers’ burden.

In a paper published in early 2022, we (Andy Boston and Geoff Bongers) undertook an analysis of renewable droughts (Characterisation and Mitigation of Renewable Droughts in the Australian National Electricity Market). This analysis reviewed 15 years of climate and electricity demand data to examine the both the frequency as well as the nature of the occurrence of low renewable periods. One of the findings was that the NEM is susceptible to these droughts during winter period, May to August, which is in line with the drought we have observed. A stress test of May 2010 is a great demonstration of a wind drought that stretches across all five States of the NEM.

For a fuller examination of the technical bits that underpin the analysis – check out the paper or our report on storage. 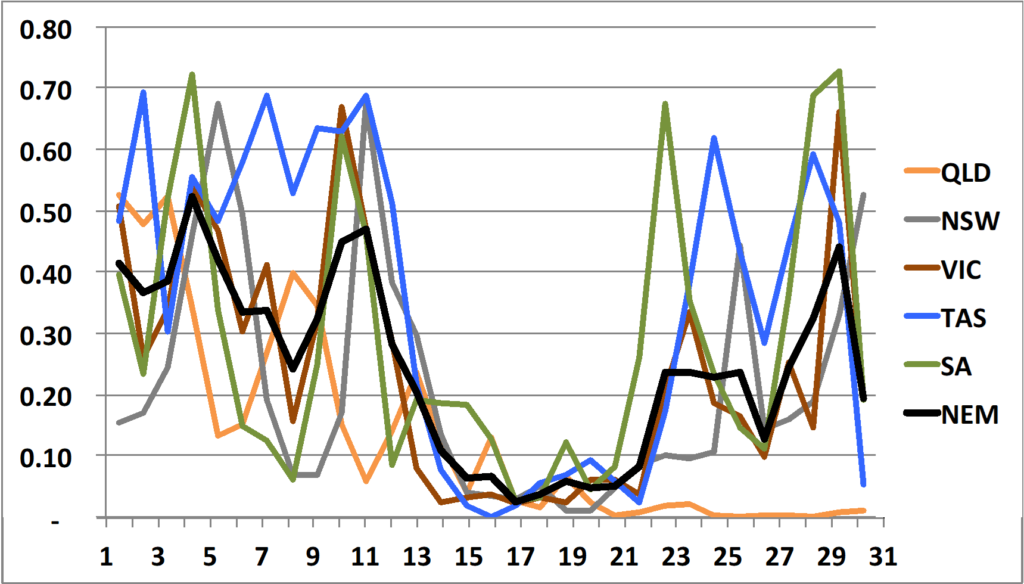 However, while this renewable drought requires much planning and a strong and prepared NEM to get through it – the bigger issue is that if such a drought is part of a prolonged low wind and solar output ‘season.’ This was very much the case in 2010, which suffered a train of wind droughts throughout the winter with little time to recover between them. Here we have found the scale of the issue beyond a solution based on a just ‘add storage’ approach. Even making the heroic assumption that States are strongly interconnected and operate as a selfless part of NEM requires significant levels of renewable overbuild, large levels of storage and backup firm generation. One of the high renewable scenarios we modelled had 140GW of wind and solar, 10 x Snowy 2.0’s, perfect interconnection and still required 20 GW of thermal backup plant used throughout June and July to survive the winter without loss. Poor interconnection or lack of co-ordination between the States will greatly increase the need for storage and thermal backup. 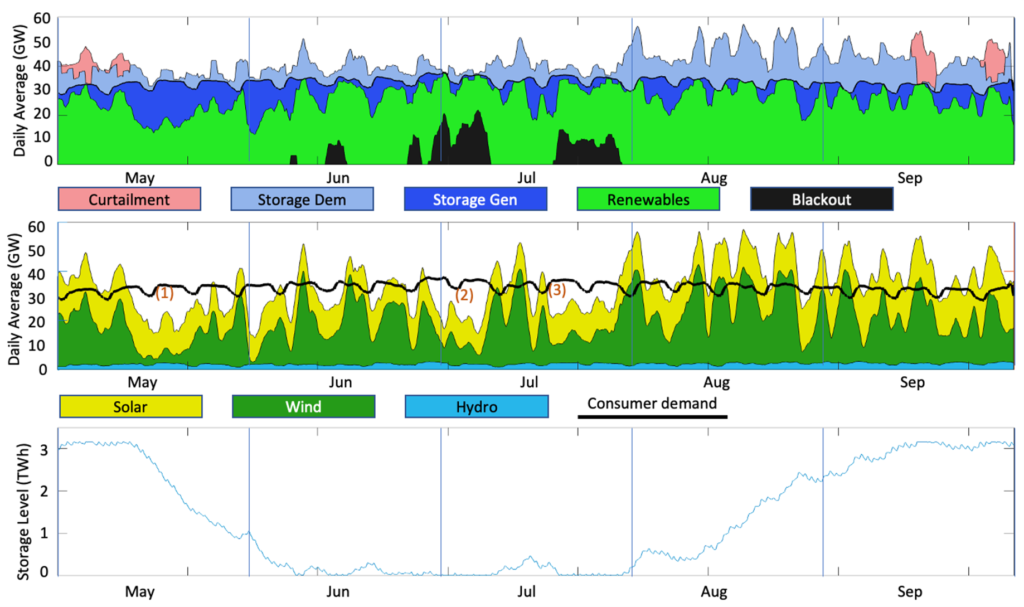 Performance of the NEM subject to 2010 weather with 20% renewable overbuild, 10 x Snowy 2.0’s, perfect interconnection and harmonious action by the States showing persistence of renewable drought from May to August.

It’s clear that planning for suitable generation to carry the NEM through these infrequent low output seasons is key and will shape the system as a whole. We look forward to being part of the discussion on what a robust, reliable, low emissions, and lowest total system cost NEM might look like.

What (I believe) is the real cause of our energy crisis – and what should we do?

Tristan Edis of Green Energy Markets explains his thoughts on what has caused the evolving energy crisis and what state and federal governments could do in response.