A string of SMS notifications from our ez2view app this morning alerted us to some high prices that have stuck around throughout the day.

The big price spike so far today occurred at the 10:40 dispatch interval where the regional energy price hit $9,500. Since then, the energy price has been above $1,000 for most of the past two and a half hours. 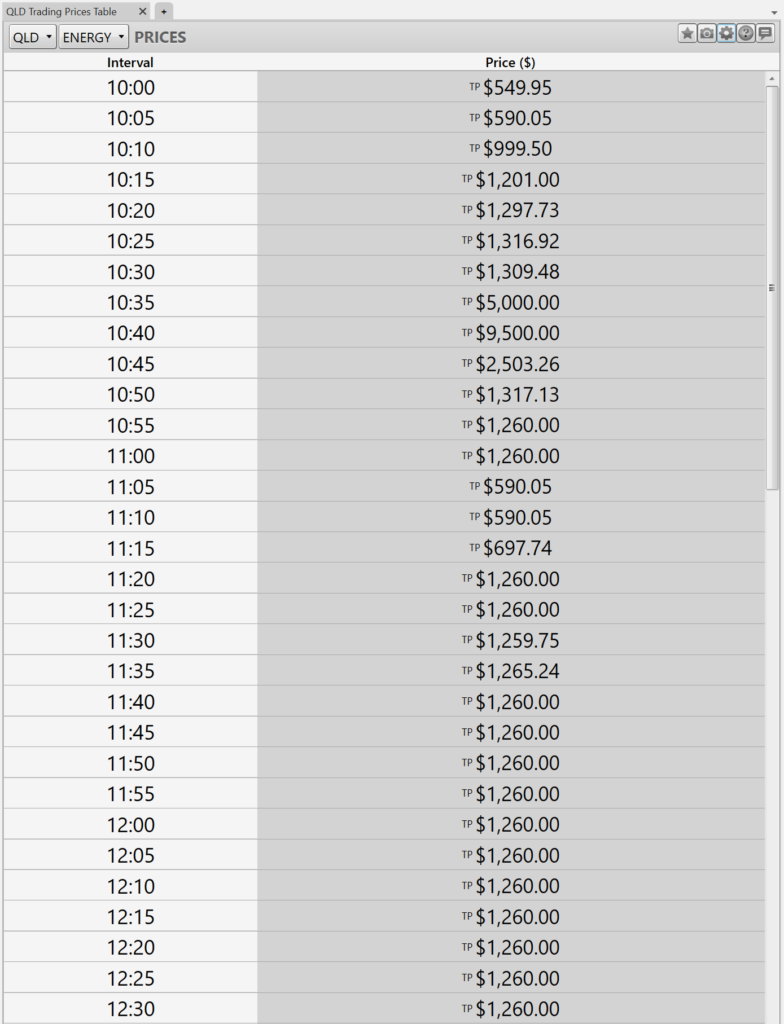 Some causes for today’s high prices

Cloud coverage over almost all of the state’s east coast

The satellite image below shows the extent of cloud coverage over the eastern coast of Queensland today.

Satellite image of Queensland at 10:40am AEST this morning

The cloud cover has had an effect on low output from the region’s utility-scale solar farms – the lowest midday reading in some months, from my initial scan of the data. 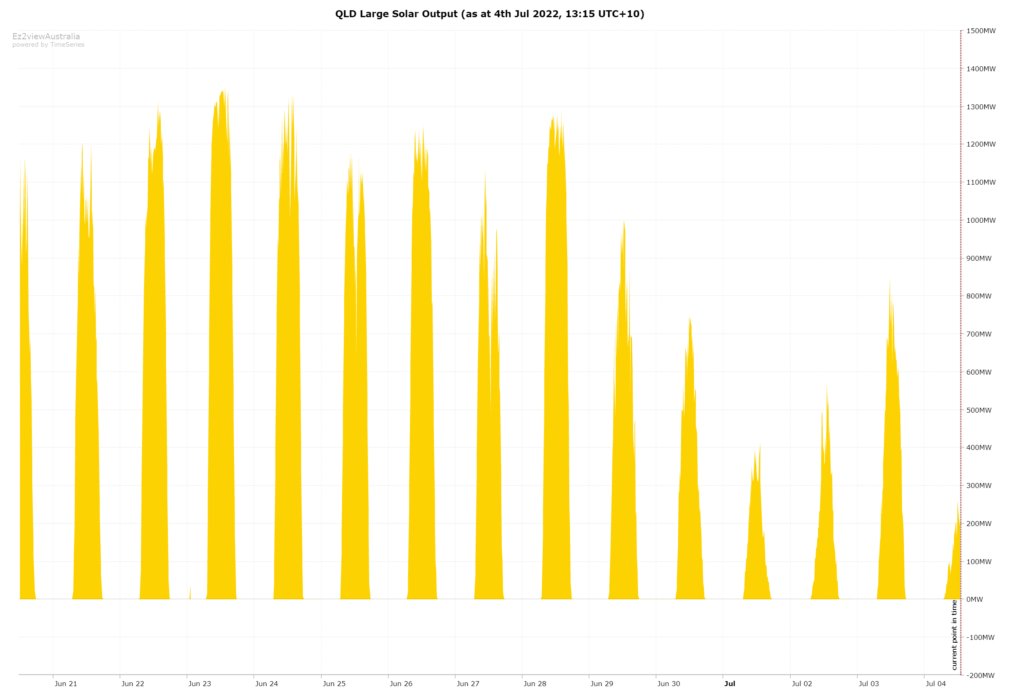 It was also a notably cold day in South East Queensland – the apparent temperature in Brisbane, Gold Coast and Sunshine Coast was below 13 degrees even by midday. Higher up the ranges, Toowomba’s apparent temperature has been in the low single digits for most of the past 12 hours. 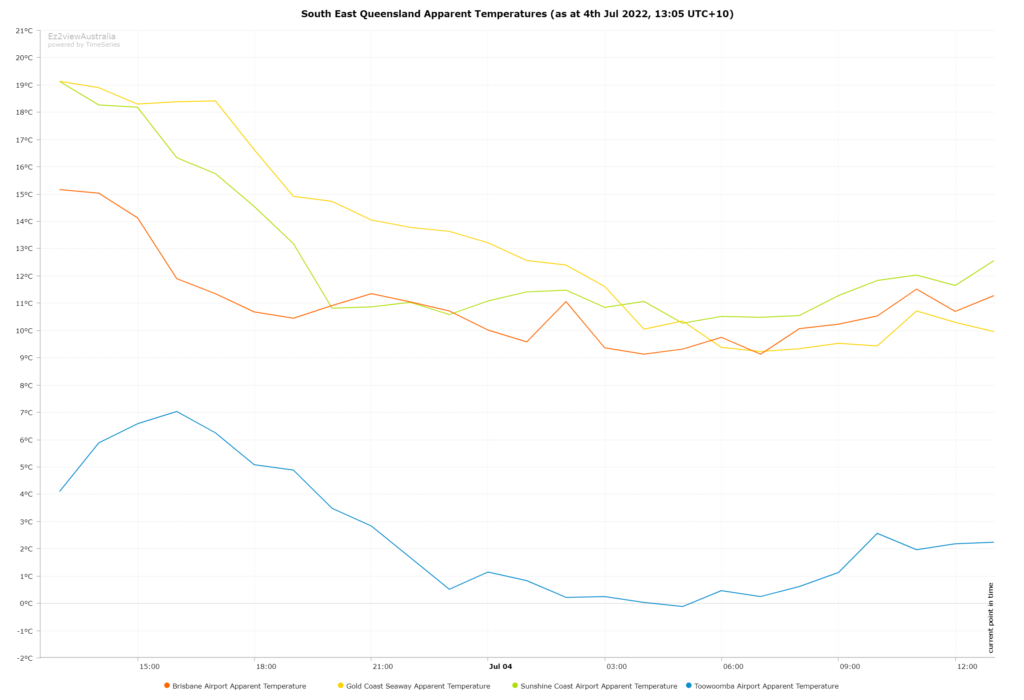 Dan Lee first started at Global-Roam in June 2013. He has departed (and returned) for a couple of stints overseas in that time, but rejoined our team permanently in late 2019. More recently, Dan's focus has been on growing his understanding of the market and developing his analytical capabilities. He is currently enrolled in the Master of Sustainable Energy program at the University of Queensland.

Price volatility in QLD and NSW on Tuesday 3rd May 2022

A short note about this evening’s price volatility in QLD and NSW with tight supply-demand balance caused by import limitations (amongst other things).