Bright and early this morning, we received an email announcing the release of an Options Paper relating to post 2025 market design for Australia’s National Electricity Market: 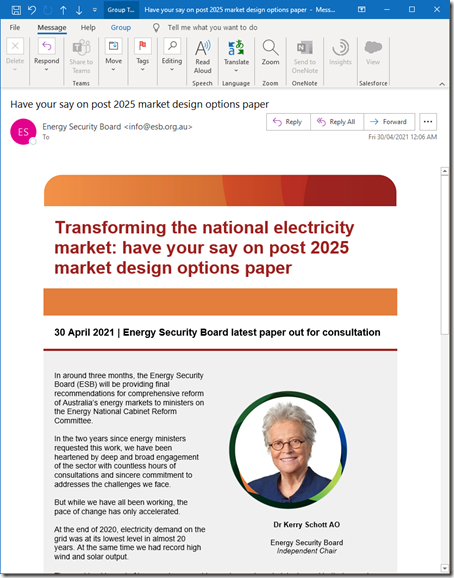 It seems that the term ‘NEM 2.0’ has fallen out of favour in more recent times – perhaps because of a more incremental approach to reform?  I wonder about the extent to which what’s in the two documents that follow will provide us a market design that will be fit-for-purpose out to 2040 and beyond, given the many different challenges that the NEM is (already) increasingly grappling with.

The email linked to these 3 documents:

Key dates (as I understand them) are as follows:

We’ll try to stay on top of how this unfolds.