Yallourn Power Station’s Unit 3 came back online early this afternoon after being out of action for more than a week and a half. The screenshot below is from our Unit Dashboard widget within ez2view and shows the unit slowly ramping up this afternoon. 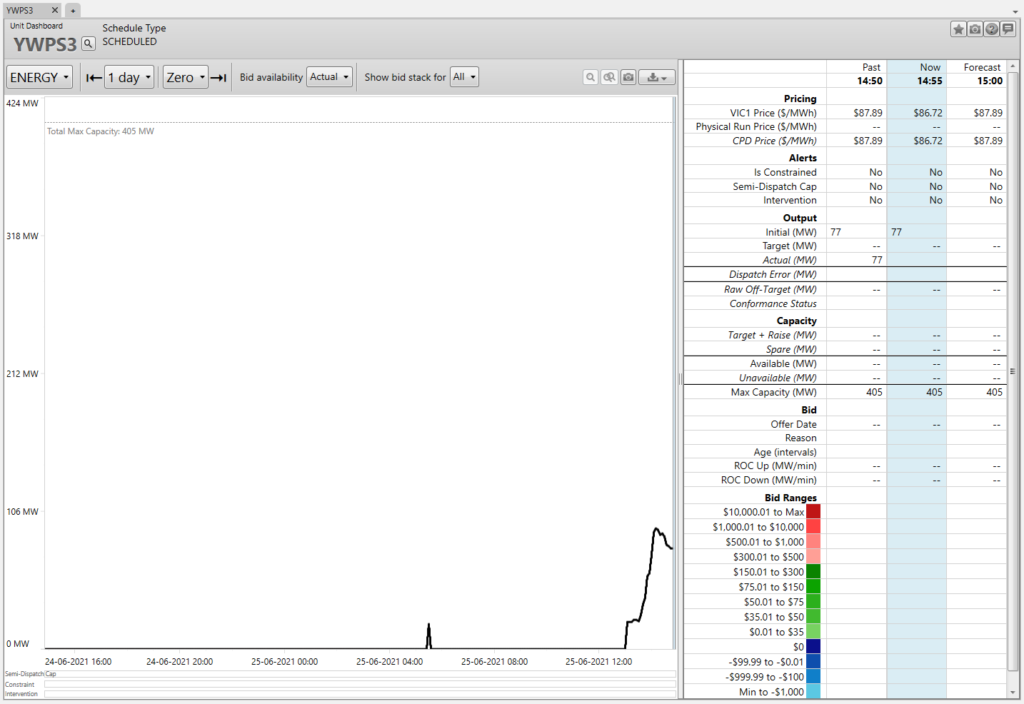 Flooding at the adjoining mine began interrupting operations at the power station on the 11th of June. In an effort to conserve coal supplies during the mine’s closure, three of the four units have ramped down their generation. Unit 3 was briefly online on the 15th of June but output was halted shortly thereafter. The image below is taken from out Trends widget within ez2view and shows the output of all four units at the station over the course of June. 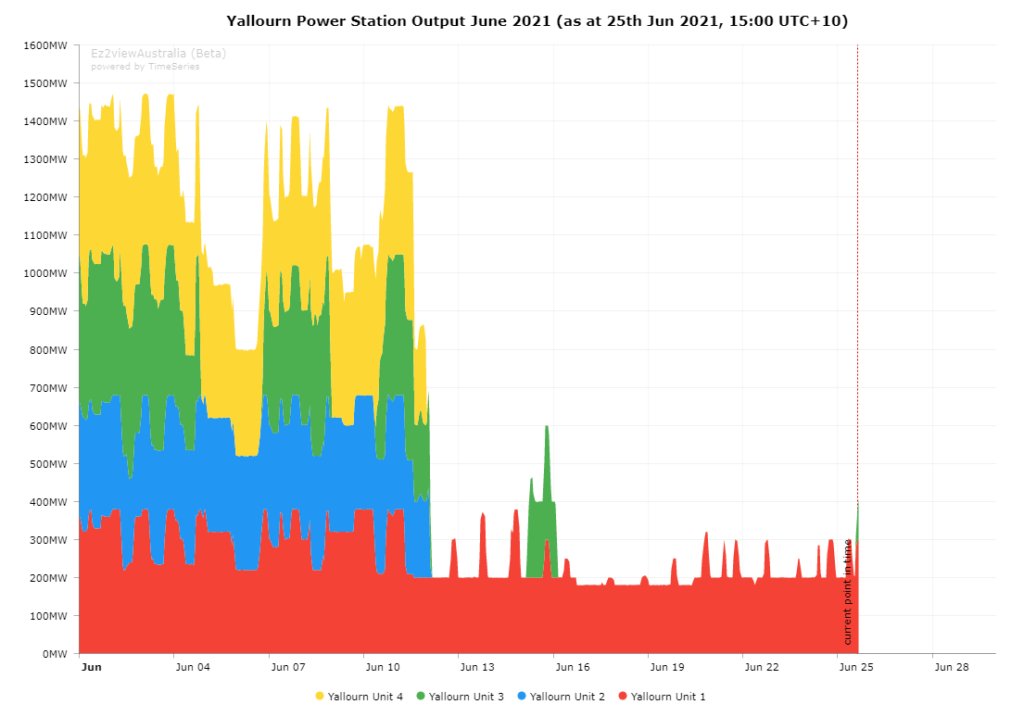 Flooding in the Latrobe Valley town of Traralgon raises questions about whether there is any effect on the brown coal generators.

Callide B2 returns to service late this morning

Callide B2 returned to service this morning after nearly a month of being offline, following the explosion and outage at the station in late May.