Earlier today the AEMC published their final determination on a rule change relating to the integration of storage systems into the NEM. 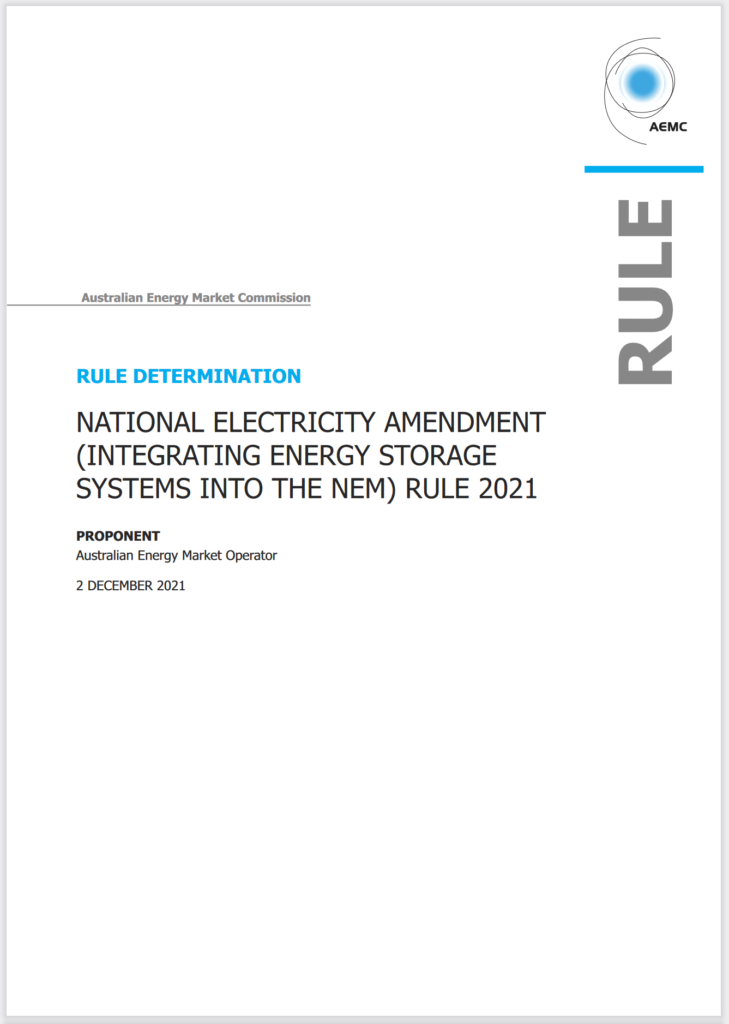 The initial rule change request was submitted by the AEMO on 23rd August 2019 and sought to address issues with how the market operator identified and registered utility-scale batteries, aggregations of smaller batteries, and hybrid facilities.

The final rule contained some key changes relating to the registration of storage and hybrid facilities:

Somewhat more controversially for some, the rule change also clarified how storage systems will be treated in relation to non-energy costs and network charges:

Initial reaction about the rule change

Much of the initial commentary on the rule change has focused on the network charges aspect of the announcement. The Clean Energy Council came out this morning with a media release arguing that the rule change places batteries and pumped hydro at a disadvantage to coal and gas. Here they stated that the determination “will result in consumers paying twice for network charges – first through higher electricity prices and again through standard network charges.”

On Tuesday, Giles Parkinson of RenewEconomy posted about the then-upcoming announcement in his article New network fees could “kill the viability” of battery and pumped hydro storage. He wrote “Battery operators say it is still difficult to make significant returns from arbitrage, or time-shifting wind and solar output from periods of low demand and low prices, to periods of high demand and higher prices”, adding “the technology needs market volatility, but its returns will be eaten away with the imposition of new network fees.”

About ERM’s two rule change proposals in at the AEMC