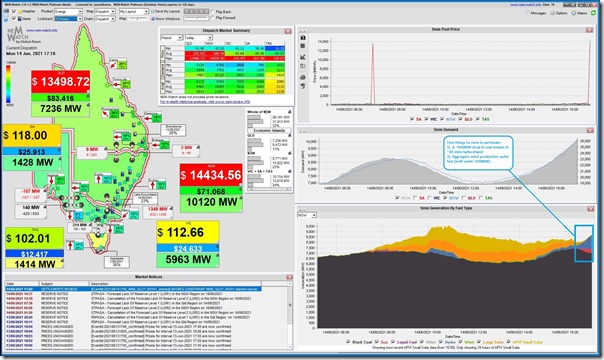 1)  A drop in production across all coal plant in NSW of just under 400MW over the half hour or so preceding the spike.  I did not look at all of the units, but did see that output at each of the 4 x Eraring units was reduced over this period, for unknown reasons.

2)  We also see aggregate wind production is quite low (well under 100MW over the past couple of hours).

Was speaking with someone this morning about the expectation that there would be price volatility this evening, and the market obliged. It’s only just started, but here’s the second spike…