A back-dated article (from October 2021 using NEMreview v7) looking back at these two ‘lowest points’ for NSW demand back in December 1999 and January 2000: 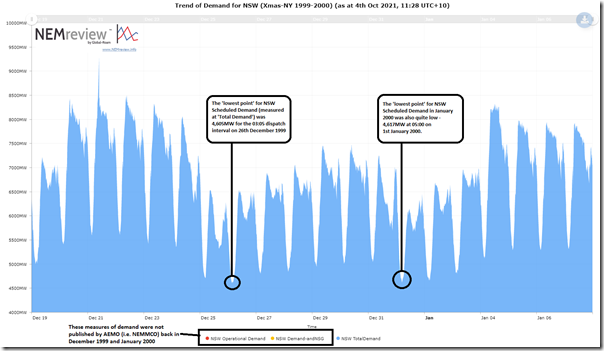 Ten hours of prices above $100/MWh overnight, across *all* regions

I’m greeted this morning with a view of how prices have remained stubbornly elevated all the way through 10 hours overnight… in all regions!

A quick look backwards, later in the afternoon, at the new ‘lowest ever’ point reached for demand in the NSW region.