On Tuesday I wondered ‘when can we hope to see the return of some of these coal units?’ … particularly highlighting 7 units that the MT PASA DUID Availability data indicated we were likely to see return sometime prior to this Sunday 19th June.

To follow on from this, I thought it would be worth an update to highlight that 3 of these 7 units appear to be fully back up and running, with a 4th unit currently in early stage start-up process:

(A)  Back online … or progressing there

Let’s look firstly at the units back online, or progressing that way … in each of these cases using the ‘Unit Dashboard’ widget in ez2view to include the most recent data (which for the current market day is only ‘Initial MW’ for any particular unit):

We see the CPP_3 unit began start-up process before midnight this morning (Thu 16th June) and now appears to be running back as normal: 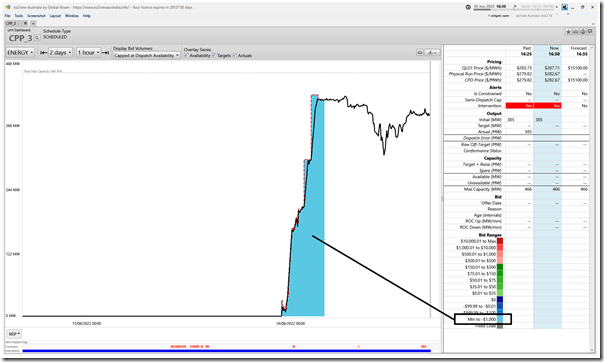 Incidentally, worth highlighting this unit (at least until 04:00 this morning, which is the limit of ‘Next Day Public’ data visibility) had all its volume bit at –$1,000/MWh at the RRN.

Also joining Callide C3 back online has been MPP_1: 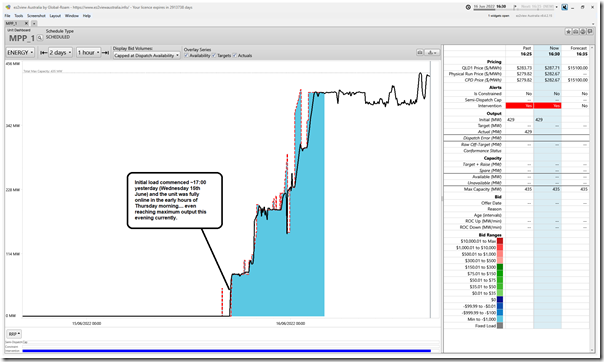 Down in Victoria we see YWPS4 is also back online: 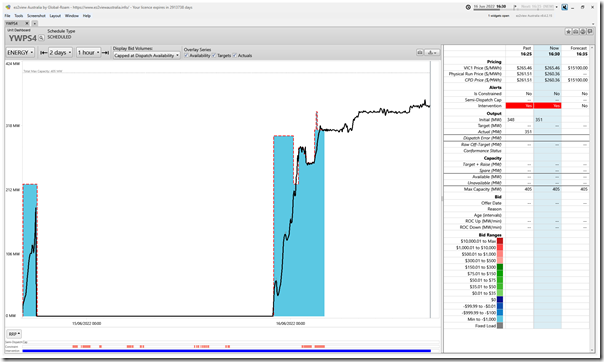 Comparing the three charts above, YWPS4 was loading in between Callide C3 and Millmerran 1.

Also worth noting that we see first signs of return to service of BW04: 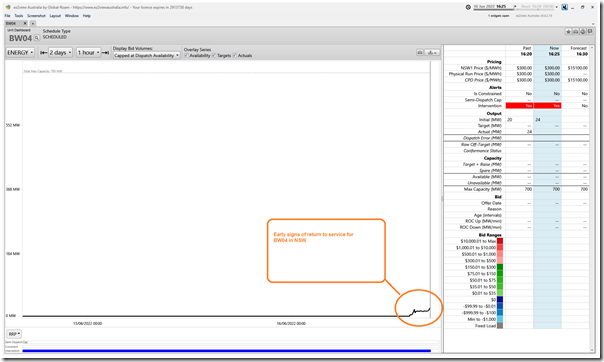 Similar to the airplane service regime, it’s thermal unit ‘take-offs and landings’ that see some of the highest stresses on the units (see the false start for YWPS4 above a day earlier), so fingers crossed BW04 will be fully online later.

All of the above is very welcome news that should make everyone a little more comfortable.

With reference to Tuesday’s article, I’ve not seen signs of return yet from the other three units flagged … Bayswater 2, Gladstone 4 and Yallourn 1.

Recent events in the NEM are causing me to wonder whether we’ve suspended logic, and reason, in charting a workable course through this energy transition?

Normally this would be part of a much more complete article adding to WattClarity’s growing coverage of the major power system events in Queensland following the incident at Callide C Power Station. However I for one find it easier to…