Queensland power system suffered a catastrophic event this week and could this be the end of Callide C Unit 4?

At 13:45 on 25 May, CS Energy’s Callide C Power Station experienced a catastrophic failure following an explosion and fire in the turbine hall, causing serious damage. The sudden loss of generation from the power station set off a chain of events that led to the loss of more than 2,200MW of base-load generation, curtailment of wind and utility-scale solar generation in Queensland and widespread load shedding affecting an estimated 470,000 customers.

Following the event, the half hour spot price initially shot up to around $2,500/MWh where it hovered for about 3 half-hours before hitting the Market Price Cap (MPC) of $15,000/MWh at 4:30pm. The spot price remained at the MPC for three half-hour intervals before settling back below $300/MWh from 7:00pm onwards. During the event there was barely any wind generation while rooftop solar PV remained largely unaffected.

Lack of generation and extreme spot prices led to gas-fired, liquid fuel and Wivenhoe hydro join the foray chasing an average price of $4,500/MWh over the next 5-hours, and trying to minimise customer disruption. 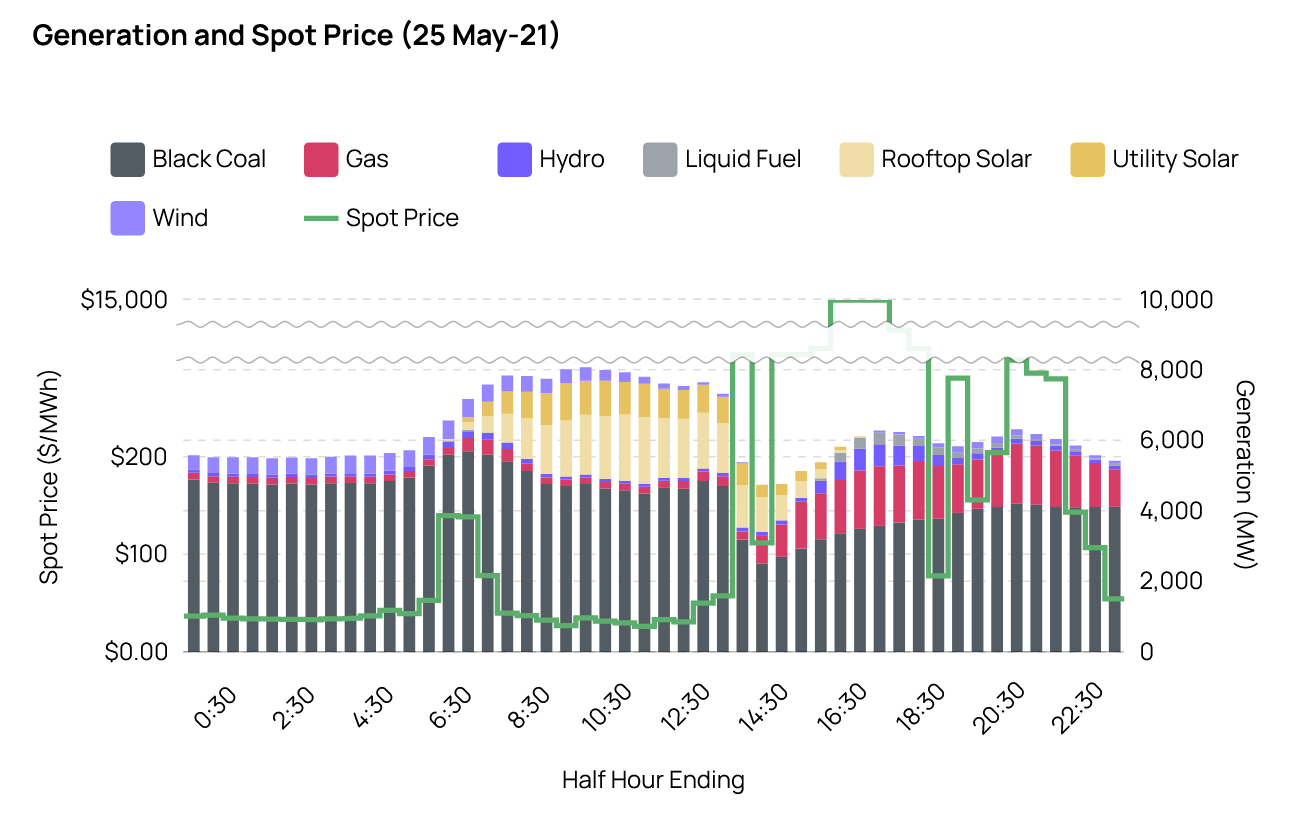 At the time of the incident both Callide C units were abruptly halted while nearby Callide B which had just one unit running, was also tripped. Other central Queensland coal-fired stations affected by the incident were Gladstone and Stanwell which were impacted by a consequential transmission outage. Gladstone units 2, 3 and 4 were tripped-off, while Stanwell lost all their three running units. Gas-fired Yarum was also tripped.

The generation for each baseload Power Station is shown below, and it can also be seen those directly unaffected (e.g. Millmerran, Tarong, Kogan Creek), squeezed every available MW out from the units. 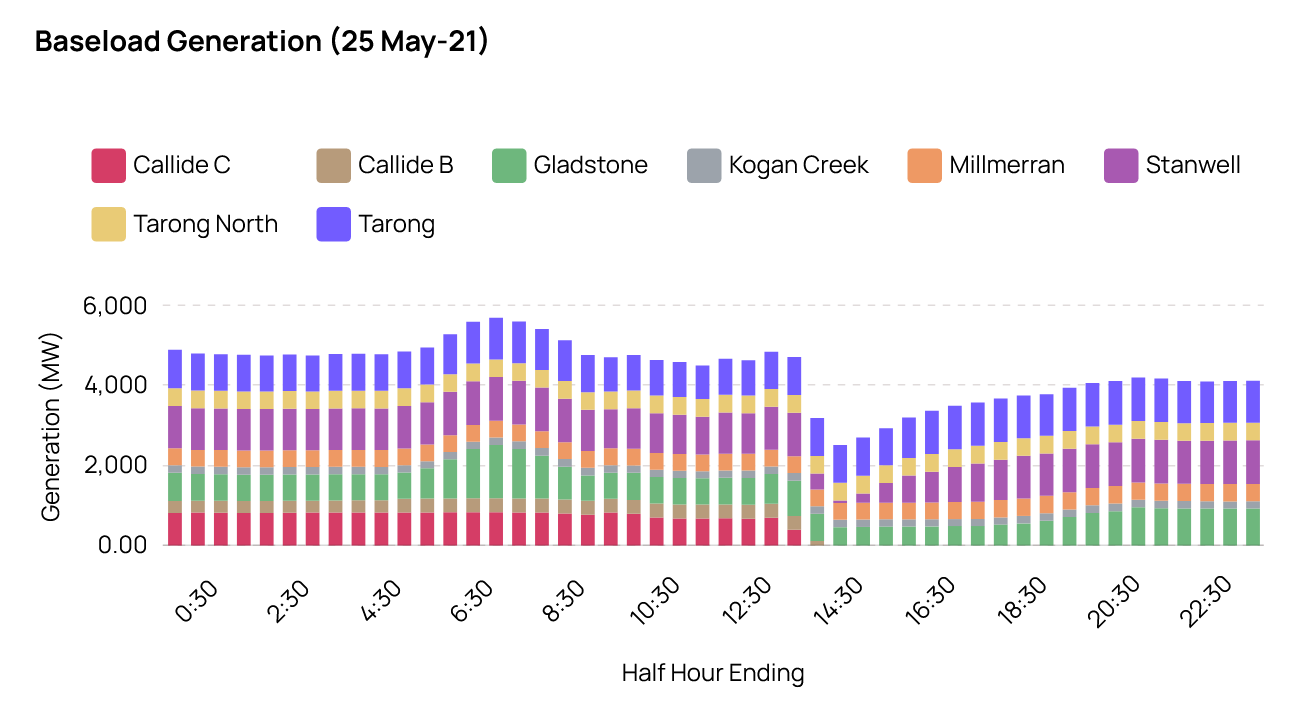 Prior to the incident QLD had been a net exporter of energy to NSW across the NSW-QLD interconnector. The flow of energy switched towards QLD during the event and through to the end of the day. This trend has continued all week. 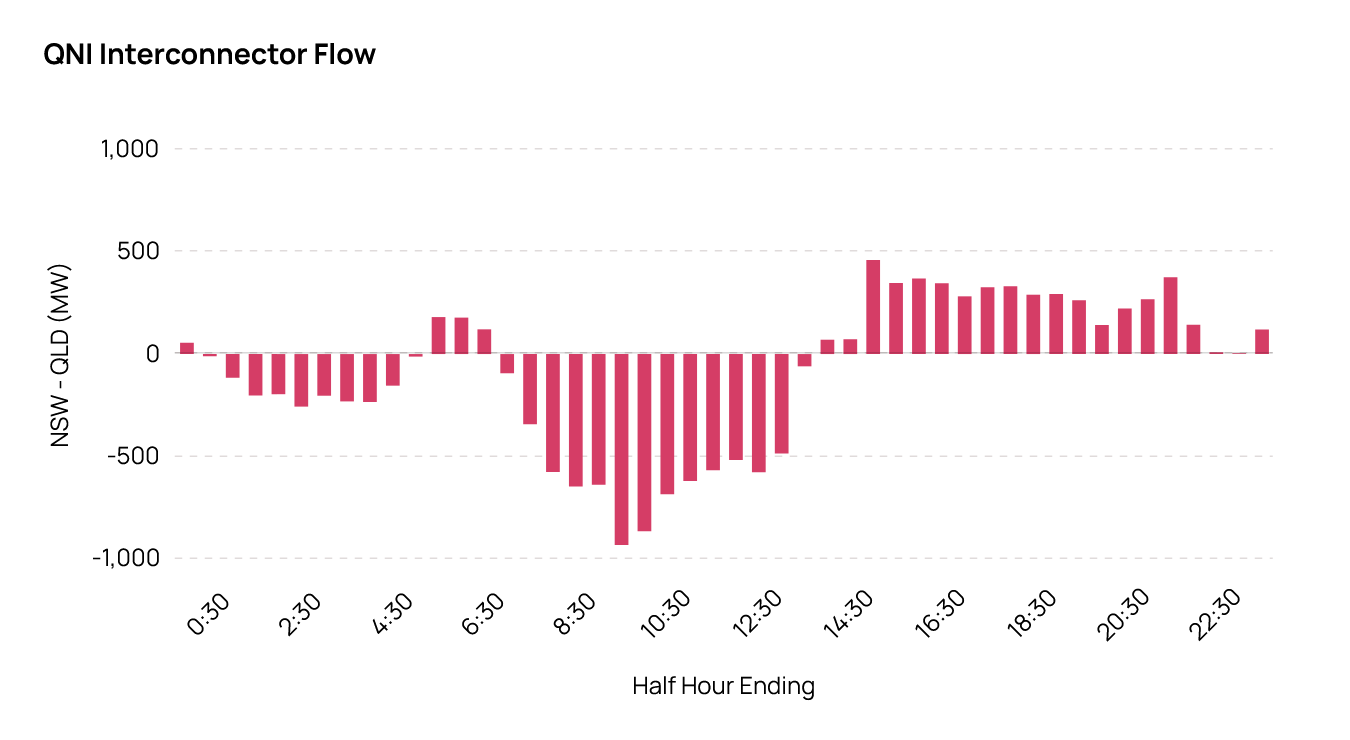 In our previous article, Extreme Spot Prices Bite we highlighted prior to the Callide C event how the threat of extreme prices was evident, and in one case materialised. Queensland’s average spot price for May is currently around $120/MWh compared to $53/MWh last month, almost double the previous high set in Jan-20, which was impacted by the unprecedented bushfires. So far, Queensland’s May-21 is tracking to be the highest monthly average spot price since February 2017, and the highest Queensland May average in the market’s history.

The consequence of the extreme prices has not been limited to Queensland. All States’ are now facing the highest average monthly May price since the bushfire affected January 2020, except for Tasmania. 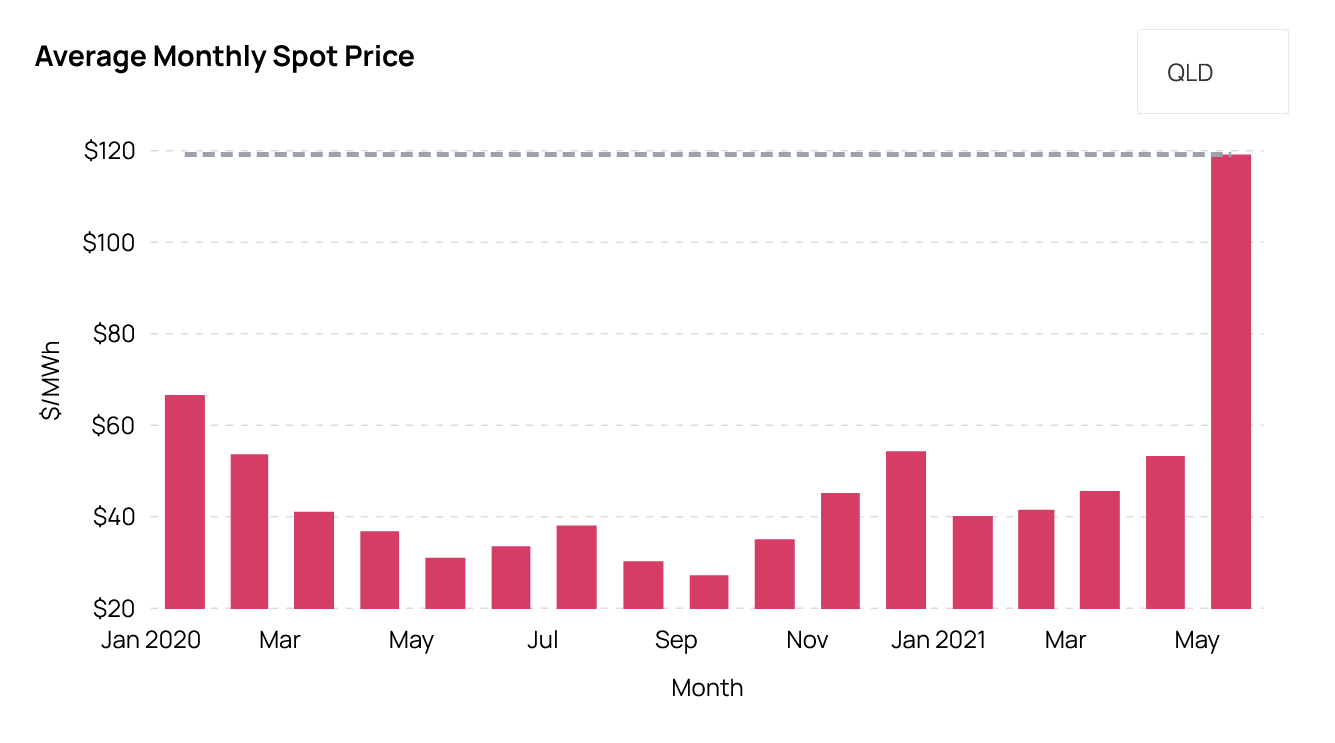 The forward market quickly reacted to the Callide incident as news emerged about the severity of the damage, eroding any hope for a quick return-to-service. The Q2-21 quarter forward price quickly jumped more than $30/MWh to $95/MWh. The following 3 quarters also responded to the market event, gaining by as much as $3.50/MWh to $8.50/MWh. 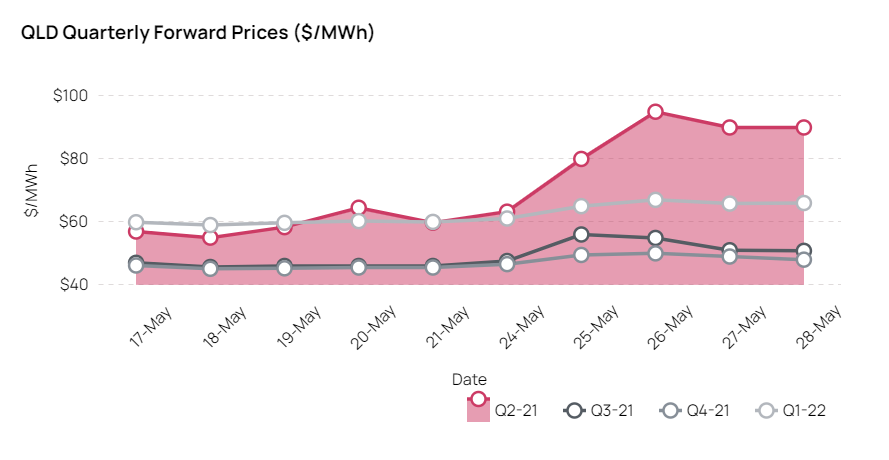 This catastrophic event has significantly impact the National Energy Market and raises big questions around the future of Callide Unit 4. If as speculated the repair cost could be as much as $200m, then will this lead to an alternative strategy of retiring the plant early and possibly accelerating plans for another big battery?

Retiring Callide Unit 4 would assist the Queensland State Government’s aspirational Renewable Energy Target of 50 per cent energy supply from renewables by 2030. It is hard to see how this target will be achieved, without significantly reducing coal generation. To complicate any retirement decision Callide C:

Further analysis of the month’s events will be available soon in our insightful Monthly Market Report.  If you wish to subscribe, then simply follow this link.

Victoria experiences a large blackout in the afternoon and evening of 16 January 2007, when bush fires cause three main transmission lines to trip. This created chaos throughout much of Melbourne, and represented perhaps the most significant stress the NEM…

Be the first to comment on "Callide C Catastrophic Failure"